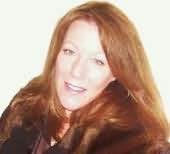 (b.1961)
Daughter of Charlotte Lamb, Sister of Jane Holland
Sarah Holland was born on November 1961 at Folkestone, Kent, England. Sheis the daughter of Richard Holland, a classical biographer and ex-Timesjournalist and the best-selling romance novelist Sheila Holland. She has twosisters Jane Holland and Charlotte Holland, and two brothers Michael Hollandand David Holland.Sarah suffered epilepsy briefly in her teens and had to leave Wanstead HighSchool, London at 16. In these time, their parents decided moved to the Isleof Man as a tax exile with four of her five children. Educated at home byher parents, who owned a private library of over 50,000 books. In 1980, shebegan training to write at her mother's side and when in 1982, Mills & Boonpublished her first books, she became one of the youngest romance novelistspublished. She published 22 romances from 1982 to 1998, that have beentranslated into many languages and have been published in over 130countries, sold many millions of copies worldwide. Now, she writes fortelevision, newspapers and the screen.Sarah Holland is also a profesional actress and singer. At 20, she enrolledat the London E15 Acting School and embarked on an acting career which hasincluded film, television and 4 years in leading roles in theatre. Assinger, she has performed blues, jazz and pop all over London and the Isleof Man.Sarah Holland has travelled extensively and has lived in diferents parts ofEngland, the Isle of Man, Holland, France, USA, Australia and Hong Kong.
Genres: Romance
Novels
Too Hot to Handle (1982)
Tomorrow Began Yesterday (1982)
The Devil's Mistress (1982)
Deadly Angel (1982)
Fever Pitch (1983)
Bluebeard's Bride (1985)
Outcast Lovers (1985)
The Heat Is On (1988)
An Adult Love (1990)
Forbidden Passion (1991)
Desert Destiny (1991)
Last of the Great French Lovers (1992)
Ruthless Lover (1992)
Confrontation (1992)
Extreme Provocation (1993)
Ungoverned Passion (1993)
Dangerous Desire (1994)
Blue Fire (1994)
Master of Seduction (1995)
An Obsessive Love (1995)
The Dominant Male (1996)
Red-Hot Lover (1998)