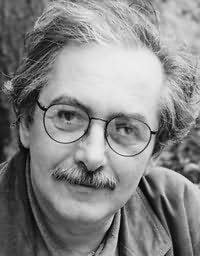 France (1945 - 2000)
Jean-Claude Izzo was a French poet, playwright, screenwriter, and novelist who achieved sudden fame in the mid-1990s with the publication of his three noir novels, Total Chaos (Total Khéops), Chourmo, and Solea: widely known as the Marseilles Trilogy. They feature, as protagonist, ex-cop Fabio Montale, and are set in the author's native city of Marseille. All have been translated into English by Howard Curtis.
Jean-Claude Izzo's father was an Italian immigrant and his maternal grandfather was a Spanish immigrant. He excelled in school and spent much of his time at his desk writing stories and poems. But because of his immigrant status, he was forced into a technical school where he was taught how to operate a lathe.
In 1963, he began work in a bookstore. He also actively campaigned on behalf of Pax Christi, a Catholic peace movement. Then, in 1964, he was called up for military duty in Toulon and Djibouti. He then worked for the military newspaper as a photograph and journalist.