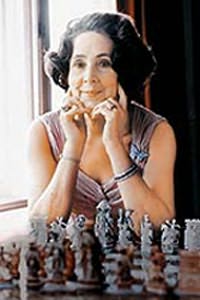 aka Eleanor Burford, Philippa Carr, Elbur Ford, Victoria Holt, Kathleen Kellow, Anna Percival, Ellalice Tate
Eleanor Alice Burford, Mrs. George Percival Hibbert, was one of the preeminent English authors of historical fiction for most of the twentieth century. She used eight pennames during her career and many of her readersunder one penname never suspected her other identities. In 1941, she began signing her novels with her maiden name: Eleanor Burford, later she createdher first and most prolific pseudonym: Jean Plaidy. In the 1950's she used the pseudonyms: Elbur Ford, Kathleen Kellow and Ellalice Tate. In 1960, shecreated the pseudonyms: Anna Percival and the popular Victoria Holt. In 1972, she created her last pseudonym Philippa Carr. (Some of her novels werereedited as different pseudonyms)

Eleanor Alice Burford was born on September 01, 1906 in Kensington, London.Her father, Joseph Burford, was something of an odd-job man, with no steady profession, but he quickly passed on his great love of books to his youngdaughter. She was an avid reader from the age of four onwards. In her early twenties, she married a leather merchant, George Percival Hibbert, whoshared her love of books and reading.

She died on January 18, 1993 at sea, somewhere between Greece and Port Said, Egypt. By the time of her death, the novels of Jean Plaidy had sold morethan 14 million copies worldwide. Her last novel The Black Opal as Victoria Holt was published posthumously, under this pseudonym, she sold 56 millon copies and as Phillipa Carr, 3 million.