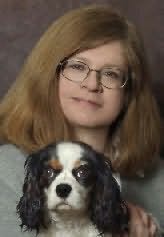 Linda Carole Johnston (Osgood) is an American author of mystery and romance novels.

Johnston's first published fiction appeared in Ellery Queen's Mystery Magazine and won the Robert L. Fish Memorial Award for Best First Mystery Short Story of the Year. Since then, she has had several more short stories published as well as numerous romance novels.

Johnston is a practicing attorney who splits her time between legal work and writing fiction. She was born in Pittsburgh, Pennsylvania and graduated from Pennsylvania State University in 1970 with an undergraduate degree in journalism with an advertising emphasis. Before obtaining her law degree from Duquesne University School of Law, she ran a small newspaper and then worked in advertising and public relations.

Johnston currently lives near Universal Studios in Hollywood, California along with her husband Fred and two Cavalier King Charles Spaniel dogs. She has two adult sons.

Shelter of Secrets
1. Her Undercover Refuge (2021)