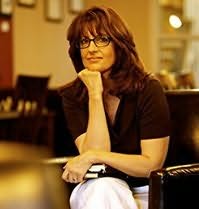 River Jordan began her writing career as a playwright where her original works were produced, including Mama Jewels: Tales from Mullet Creek, Soul, Rhythm and Blues, and Virga. Ms. Jordan's first novel, The Gin Girl (Livingston Press, 2003), has garnered such high praise as "This author writes with a hard bitten confidence comparable to Ernest Hemingway. And yet, in the Southern tradition of William Faulkner, she can knit together sentences that can take your breath." Kirkus Reviews described her second novel, The Messenger of Magnolia Street, as "a beautifully written atmospheric tale." It was applauded as "a tale of wonder" by Southern Living, who chose the novel as their Selects feature for March 2006, and described by other reviewers as " a riveting, magical mystery" and "a remarkable book." Her third novel, Saints In Limbo has been painted by some of the finest fiction voices of today as "a lyrical and relentlessly beautiful book," and "a wise, funny, joyful and deadly serious book, written with a poet's multilayered sense of metaphor and meter and a page-turning sense of urgency," and reported by Paste Magazine as "a southern gothic masterpiece."
Her fourth novel, The Miracle of Mercy Land, arrives on September 7, 2010. Her first non-fiction work, Praying for Strangers, An Adventure of the Human Spirit will be published by Penguin/Berkley April 5, 2011.
Ms. Jordan teaches and speaks around the country on "The Power of Story", and produces and hosts the radio show Clearstory Radio from Nashville. When not traveling the back roads of America, River lives with her husband and their Great Pyrenees lap dog in Nashville, Tennessee.