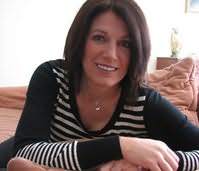 Bernadette is the author of the Riding High and Pony Patch series, published by black dog books in Australia and Stonearch in the United States.

Bernadette lives in country Victoria with her family, including three horses a dog and a cat.
Bernadette has an interest in horses, but loves reading and writing on all kinds of subjects.

Bernadette offers tailored presentations and workshops for all ages, during which she shares valuable insights gleaned from her many years as a writer.

Bernadette is a fellow of The May Gibbs Children’s Literature Trust.

For several years she was a Yabba council member and remains involved as a consultant. Yabba is the Children’s Choice Best Book Awards in Australia, where children of all ages can read, rate and reward their favourite books and authors.
Series
Pony Tales
Naughty Norton (2009)
Norton Saves the Day (2009)
Norton's First Show (2009)
Who Stole Norton? (2009)