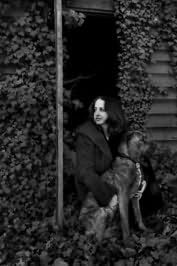 (b.1965)
Haven Kimmel is the author of the memoir A Girl Named Zippy. She studied English and creative writing at Ball State University and North Carolina State University. She also attended seminary at the Earlham School of Religion.
Series
Hopwood County
1. The Solace of Leaving Early (2002)
2. Something Rising (Light and Swift) (2003)
3. The Used World (2007)

Glad News of the Natural World (2005)
(Neely, book 5)
T R Pearson
"I can think of no other contemporary writer who offers such surprises -- it is impossible to predict even how a sentence will end. . . . Pearson is surely among the greatest living Southern writers."

The Weight of Him (2017)
Ethel Rohan
"I read enthralled by the beautifully captured protagonist, Billy Brennan, who tries to make sense of his son's death by losing half of his body weight. It's a story of grief, to be sure, and overwhelming appetites, but it's also a lovely meditation on fatherhood, and hope."
Visitors to this page also looked at these authors
Barbara Kingsolver
Jonathon King
Jane Kirkpatrick
Annette Curtis-Klause
Fay Weldon
Mindy Klasky
Harry Kemelman
Richard Bachman
TJ Klune
Ellen Klages
Elizabeth Crane
Peter Kirby
S J Kincaid
Stephen King
Paula Hawkins
Joseph T Klempner