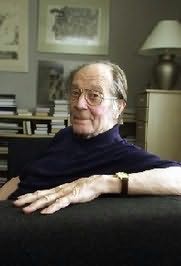 Estonia (1920 - 2007)
Estonia's best-known and most translated writer is Jaan Kross. He has been tipped for the Nobel Prize for Literature on several occasions for his novels, but did in fact start his literary career as a poet and translator of poetry. On his return from the labour camps and internal exile in Russia, where he spent the years 1946-1954 as a political prisoner, Kross renewed Estonian poetry, giving it new directions.

Kross began writing prose in the latter half of the 1960s, first with a film scenario "A Livonian Chronicle" (Liivimaa kroonika) which dealt with the life of the author Balthasar Russow (1536-1600) and which also became the subject of his first masterpiece "Between Three Plagues" (Kolme katku vahel, 1970), a suit of four novels. From that time onwards Kross moved by stage nearer to our present time in history, describing figures from Estonian history, first in short stories and novellæ, later in novels, also in writings where he has drawn upon his own experiences. The heroes of his novels tend to be of Estonian or Baltic German origin and cultured people, though on the margins of society and are usually faced with a moral dilemma of some sort.