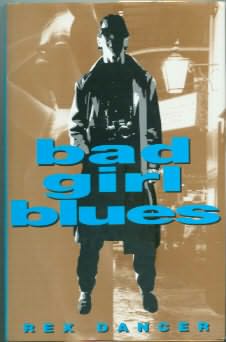 Andy Derain left his glitzy life as a high-profile fashion photographer in New York and headed down to New Orleans to get back in touch with the grit and art of real life. But he never expected that grit to include a dead body in his courtyard, razor-wielding assailants, a crypto-Nazi politician, and a powerful, manipulative Texas tycoon - who happens to be married to Andy's former model and sometime lover. Armed only with his camera, his car, and his devastating charm, Andy Derain gropes his way through hit men and hookers, casually corrupt New Orleans cops, blackmailing pornographers, and bigtime movie makers to sort out the story, protect the innocent, and mete out the kind of rough justice you can only find outside the law. It all starts when Andy's tryst with his former model Candice Browley is interrupted by the sound of a scuffle in his courtyard. He gets to the window in time to see a man stabbed to death, and chases the assailant through the streets of the French Quarter - naked. The seemingly random act is anything but, and Andy is soon embroiled in an investigation involving a helpful but not entirely trustworthy police officer with a taste for rich men, a corrupt U.S. Senator, a movie company shooting in the atmospheric streets and waters of New Orleans, and a mystery woman with a dark past and evil intentions. Determined to put the pieces together, Andy embarks on a dangerous run that takes him from the heart of New Orleans to the streets of Houston and back; he breaks into high-security offices, rummages through homes to find incriminating photos, and nearly gets killed in a high-speed chase that threatens to send him and us flying right off the edges of the pages themselves. Andy emerges triumphant, but not before much blood - innocent and otherwise - is left on the ground in the interests of justice. And, after flings with models, actresses, and assorted other tempting beauties, Andy finds love on the run with the character who gives the book it