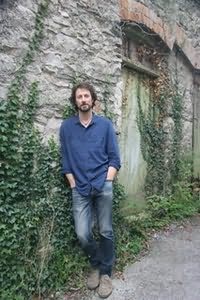 (b.1972)
Paul was born in 1972. He studied modern history at Oxford University, where, as well as studying, he edited the student newspaper and was politically radicalised by his involvement in the road protest movements of the 1990s.

After graduating, Paul spent two months in Indonesia working on conservation projects in Borneo and Java. Back in the UK, he worked for a year on the staff of the Independent newspaper, which he hated. Following a three year stint as a campaign writer for an environmental NGO, he was appointed deputy editor of The Ecologist, where he worked for two years.


He left the Ecologist in 2001 to write his first book One No, Many Yeses, a political travelogue which explored the growing anti-capitalist movement around the world. The book was published in 2003 by Simon and Schuster, in six languages across 13 countries.

In the early 2000s, having spent time with the tribal people of West Papua, who continue to be brutally colonised by the Indonesian government and military, he was one of the founders of the Free West Papua Campaign, which he also helped to run for a time.

Pauls second book, Real England, was published in 2008 by Portobello. An exploration of the changing face of his home country in an age of globalisation, the book was quoted in speeches by the Prime Minister and the Archbishop of Canterbury, helped inspire the success of the hit West End play Jerusalem and saw its author compared to Cobbett and Orwell by more than one newspaper.