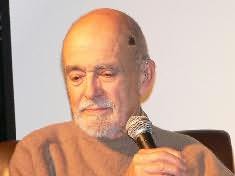 (b.1925)
Barry Letts is a British actor, television director and producer best known for his work on the BBC science fiction television series Doctor Who. He was associated with Doctor Who for many years, with active involvement in the television programme from 1968 to 1981, and later contributions to its spin-offs in other media. His sons Dominic and Crispin Letts are both successful actors.