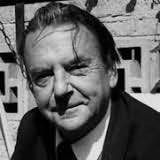 Robin Maugham was the son of Frederic Herbert Maugham and Helen Romer. He was born into a legal dynasty and was expected to follow his father and grandfather and devote himself to the law. Although he qualified as a barrister he realised that his real calling was to follow his famous uncle William Somerset Maugham as a writer.

His first three novels were filmed: The Servant by Joseph Losey in 1963, Line on Ginger by Guy Hamilton in 1953, and The Rough and the Smooth by Robert Siodmak in 1959.

He wrote an autobiography, Escape From The Shadows, and books about his uncle, as well as many other novels and plays.