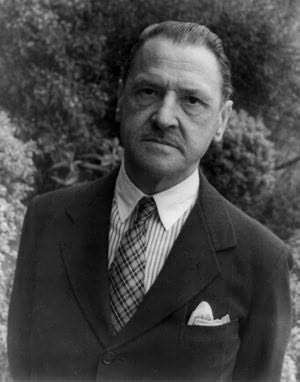 (1874 - 1965)
Uncle of Robin Maugham
William Somerset Maugham was born in 1874 and lived in Paris until he was ten. He spent some time at St. Thomas's Hospital with the idea of practising medicine, but the success of his first novel, Liza of Lambeth, published in 1897, won him over to letters. Of Human Bondage, the first of his masterpieces, came out in 1915 and with the publication in 1919 of The Moon and Sixpence his reputation as a novelist was established. His fame as a short story writer began with The Trembling of a Leaf, subtitled Little Stories of the South Sea Islands, in 1921, after which he published more than ten collections. In 1927 Somerset Maugham settled in the South of France and lived there until his death in 1965.