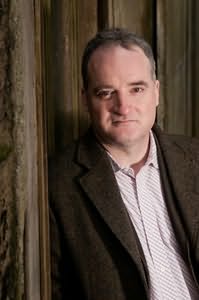 Stephen May is a novelist, playwright and TV writer. His third novel  Wake Up Happy Every Day (Bloomsbury 2014) comes out in March 2014.

His previous  novel Life! Death! Prizes!  (Bloomsbury 2012) was shortlisted for the Costa Novel Award and the Guardian Not The Booker Prize. It was translated into German as Wir Kommen Schon Klar.

Stephens first novel TAG (Cinnamon Press 2008) was one of ten books longlisted for Welsh Book of the Year and went on to win the Media Wales Readers' Prize.

His plays Back The World and Still Waiting for Everything toured nationally to good reviews.He also had an unhappy stint working as a storyline writer on A Top ITV continuing drama.

Stephen May was brought up in Bedford and now lives in West Yorkshire.