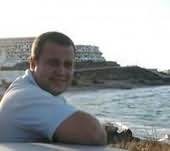 Ukraine (b.1979)
Alexey Osadchuk was born in 1979 in the Ukraine. In the late 1990s his family moved to the south of Spain where they still live today.

In 2010 he wrote his first fantasy novel which was immediately accepted by one of Russia's leading publishing houses Alpha Book.

He also used to be a passionate online gamer which prompted him to write the story of a man who joins an MMORPG game hoping to raise money for his daughter's heart surgery. In 2013, the first book of Mirror World was published by EKSMO, Russia's largest publishing house.
Genres: GameLit
New Books
September 2022