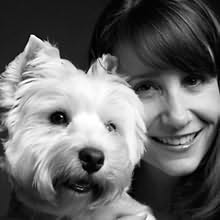 Alison Pace is the author of the novels If Andy Warhol Had a Girlfriend, Pug Hill, Through Thick and Thin, and the upcoming City Dog, which will be released in September 2008. Her non-fiction essays have appeared in several anthologies including Howl: A Collection of the Best Contemporary Dog Wit.

Alison lives in New York City. Her favorite city other than New York is Rome. Her favorite TV show is The Office; her favorite books and music change constantly though there will always be a special place in her heart for Willie Nelson, Cake, and Wuthering Heights; her favorite movies are When Harry Met Sally, Bullets Over Broadway, and Best In Show; her favorite movie line is from Rushmore when Luke Wilson says, "These are my O.R. scrubs," to which Jason Schwartzman replies, "Oh, are they?"
Series
Pug Hill
1. Pug Hill (2006)
2. A Pug's Tale (2011)