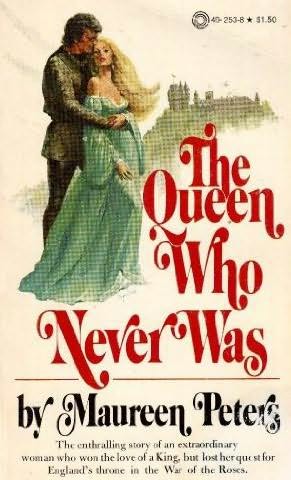 The Queen Who Never Was

The struggle for the British Kingdom during 1455-1584, known as the War of the Roses, signifies the battle betweent he House of Lancaster (Whose badge was a red rose) and the House of York (known by a white rose).Elizabeth Woodville comes to the uneasy court of Henry VI and is filled with abmition to rise high in the world of rayal splendor. All is well until the rival houses fall out and the warring commences.Impoverished after the defeat of Henry of Lancaster, Elizabeth gambles her wit and beauty for the heart of the Yorkist and she wins.But Elizabeth's pride, ambition and lust for gold becomes a trap. She is caught in one of history's most fascinating and sinister chapters, a time of passion, treachery and intrigue.

Used availability for Maureen Peters's The Queen Who Never Was