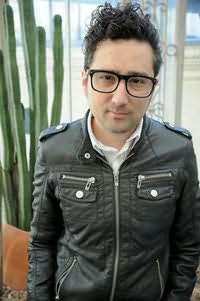 Argentina (b.1975)
Patricio Pron, born in 1975, is the author of three story collections and four previous novels, and he also works as a translator and critic. His fiction has appeared in Granta, Zoetrope and The Paris Review, and has received numerous prizes, including the Juan Rulfo Short Story Prize, the Jaén Novel Award, and the 2008 José Manuel Lara Foundation Award for one of the five best works published in Spain that year. He lives in Spain.
Novels
My Fathers' Ghost Is Climbing in the Rain (2013)
Don't Shed Your Tears for Anyone Who Lives on These Streets (2020)