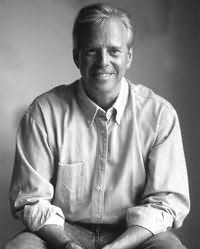 Stan Pottinger's first book, The Fourth Procedure, a "novel of medical suspense" was published in April 1995 by Random Ballantine and in ten foreign languages. The book made all national bestseller lists, including The New York Times.

His second novel, A Slow Burning, was published in hardcover by Dutton in March of 2000, and his third novel, The Last Nazi, was published by St. Martin's Press in September 2003.

The Boss, his fourth novel, will be published December 1, 2006 by St. Martin's Press.

Pottinger is president of Barnstorm Books, a book producer whose first book, A Hand to Guide Me: American Reflections by Denzel Washington was published November 1, 2006 and made all national bestselling lists, including The New York Times. He is also the host of Beyond Politics, an interview show aired on Plum TV.
Novels
The Fourth Procedure (1995)
A Slow Burning (1999)
The Last Nazi (2003)
The Final Procedure (2004)
The Boss (2005)