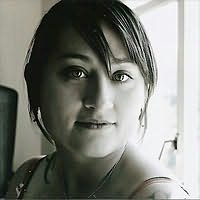 Amy Reed was born and raised in and around Seattle, where she attended a total of eight schools by the time she was eighteen. Constant moving taught her to be restless and being an only child made her imagination do funny things. After a brief stint at Reed College (no relation), she moved to San Francisco and spent the next several years serving coffee and getting into trouble. She eventually graduated from film school, promptly decided she wanted nothing to do with filmmaking, returned to her original and impractical love of writing, and earned her MFA from New College of California. Her short work has been published in journals such as Kitchen Sink, Contrary, and Fiction. Amy currently lives in Oakland with her husband and two cats, and has accepted that Northern California has replaced the Pacific Northwest as her home.

Tradition (2018)
Brendan Kiely
"Tradition is a startling portrait of privilege and rape culture, but it is also ultimately a book about resistance and hope, the power of friendship to embolden our integrity, and the courage to do the right thing even when everyone else seems to be doing wrong."
Visitors to this page also looked at these authors
Jason Reynolds
Ashley Poston
Sandra Brown
Jodi Picoult
Amanda Quick
Nicholas Sparks
Debbie Macomber
Candace Bushnell
Alexandra Potter
Amy Andrews
Sarah Pinborough
Jennifer Niven
Jandy Nelson
Andrea Cremer
Ally Condie
Beth Revis