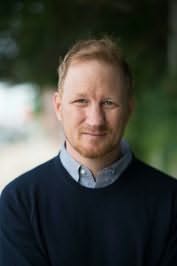 Augustus Rose grew up in Bolinas, California, and later moved to San Francisco. For many years he kept himself afloat through a series of bookstore jobs, where he found and collected books on cults, subcultures, urban exploration, speculative science, metaphysics, alchemy, conspiracy theories, subversive or underground art movements, and, of course, Marcel Duchamp. All stuff that later became both the center and the background noise of his debut novel The Readymade Thief, forthcoming from Viking in August 2017. His screenplay Far From Cool was a finalist for the 2015 Academy Nicholl Fellowship. He lives in Chicago with his wife, the novelist Nami Mun, and their son. He teaches fiction writing at University of Chicago.