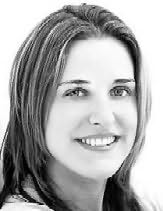 (b.1978)
Natasha Rhodes is a British-born author best known for her contemporary fantasy book series Dante's Girl, starring supernatural crime-fighter Kayla Steele. She has also written many film novelizations of popular blockbuster movies such as Blade Trinity and the Final Destination series of movies, as well as original books based on films such as the Nightmare On Elm Street series. Rhodes was born in Kent, England on April 8th 1978, and has one brother and one sister. She currently lives in Orange County, California.