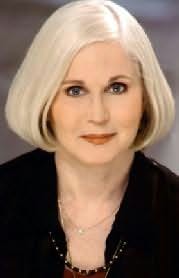 Louise is a believer in theres always a second chance. An actress since she was fifteen, she found herself unemployed when she was in her mid-forties. The reason waswell, she was in her mid-forties. Not a good thing if youre an actress aging and eating are taboo. Louise has done both. Also, she was pretty clear about the fact that she was never going to have knee surgery. Thats what happens when an actress of a certain age drops out of sight for six weeks and her publicist announces that shes having an old knee injury repaired. Then the actress emerges with her eyebrows hiked up kind of high on her forehead and all those nasty little lines around her mouth seem to have vanished oh yeah, and her knee is working fine too.

The un-surgically enhanced Louise spent two years auditioning for commercials touting high fiber cereals and denture glue, she figured there had to be something better, and she decided to try writing scripts for soap operas. Writing had actually been her first love when she was a kid. She worked as a soap writer off and onmostly off for the next few years. The trouble was, she got fired a lot. Because what she wanted to do was tell her own stories. Finally she fought off the devil voices those voices inside your head that tell you youre an idiot for dumping a paying job to follow a dreamand wrote The Three Miss Margarets. It found a home at Random House and was published. It was followed by The Ladies of Garrison Gardens, and Family Acts
Series
Daytime Crime
1. All My Suspects (1994)
2. Talked to Death (1995)