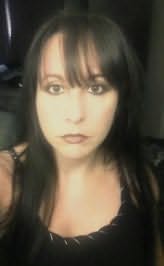 Mary SanGiovanni is the author of the novels THE HOLLOWER (nominated for the Bram Stoker Award), FOUND YOU, THE TRIUMVIRATE, THRALL, and CHAOS, and the novellas FOR EMMY and POSSESSING AMY, as well as the collections UNDER COVER OF NIGHT and A DARKLING PLAIN. Her fiction has appeared in periodicals and anthologies for the last decade. She has a Masters degree in Writing Popular Fiction from Seton Hill University, Pittsburgh, where she studied under Gary Braunbeck, Tom Monteleone, Mike Arnzen, and others. She is currently a member of The Authors Guild, The International Thriller Writers, and Penn Writers, and was previously an Active member in the Horror Writers Association.