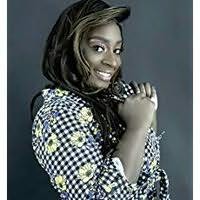 Shan, born in Louisiana but raised in Dallas, Texas is a mother, national bestselling author, and co-owner to one of the top African American Independent Publishing companies, Shan Presents. She is also the founder of the African American Book Expo.

She found the love of writing in elementary school when she picked up a journal and started writing stories to hide the pain she felt from her family life. Writing had become an everyday thing for her and she quickly found that it was what she was born to do.

In 2011, she finally got the nerve to publish her first book giving the readers a hot urban fiction drama named Rozalyn that instantly became a bestseller.

n 2012, Shan signed on with SBR Publications, becoming the first lady of what has become one of the biggest publishing companies in the African American Literature. She released her first book with SBR titled Hated by Many, Loved by None and went on to sale thousands of copies that led her to being ranked 164 in the world. For that same title, Shan earned the award of Urban Fiction Book of the Year from AAMBC, and has since then published many more titles with SBR publications.

Shan has so much more in store for readers and also plans to crossover into children's books and movies. She is working on her first movie that is derived from her bestselling novel Addicted to a Dirty South Thug.