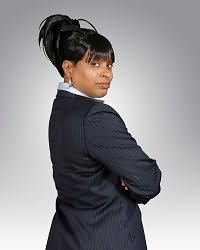 Wahida Clark was born and raised in Trenton, New Jersey. She decided to start writing fiction while incarcerated at a women's federal camp in Lexington, KY. Her style is street, raw, and she has an imagination that's in overdrive. When you read her novels they are so real you are convinced of one of three things: that you are inside the book, you know the characters, or you just have to meet them. Her novels include New York Times and Essence Magazine Bestsellers:Thugs And The Women Who Love Them, Every Thug Needs A Lady, Thug Matrimony, Thug Lovin', Justify My Thug, Payback is A Mutha, Payback With Ya Life, Sleeping With the Enemy and What's Really Hood.
Wahida now owns and operates the most popular and fastest growing urban independent publishing house in the industry.