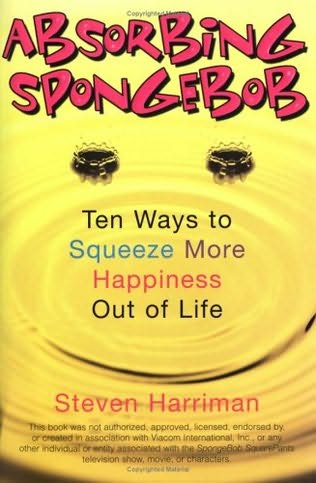 INSPIRED BY THE HIT TELEVISION SHOW-
Advice for the kid inside every one of its 27 million adult fans.

Spongebob Squarepants is the most famous sponge on the planet, and for good reason. Straddling the line between childlike innocence and mature contentment, he is particularly well-liked and well-adjusted. While he screws up from time to time, his absorbent nature demands that he learn from his mistakes. In this delightful book, it is the reader who learns ten different lessons for getting the most out of life and how to apply them, with Spongebob and other residents of Bikini Bottom as examples.

Some spongy secrets to happiness:

- Handling Fear-like Spongebob's fear of making an imperfect Krabby Patty.
- Job Contentment-even a fry cook at the bottom of the ocean can have a blast.
- Coping with harsh reality-is like how a sponge and a squirrel in an underwater space suit should probably just remain friends.

Capturing all the quirky humor that has made the show a phenomenal success, this is the ultimate book for Spongebob fans.