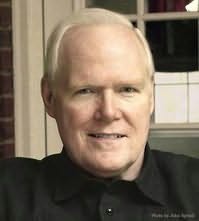 1974-1981: The Catholic University.
While studying for a doctorate in clinical psychology, Spruill sold his first novel, Keepers of the Gate, to Doubleday in 1976. Five more of his novels were published while he completed graduate school. During this period, Spruill also served as an adjunct professor at Catholic University, teaching creative writing to students in the drama program at Catholic U. In 1980, Spruill completed his doctoral dissertation on Creativity, and was awarded the Ph.D. in clinical psychology in 1981.

1981-present: After completing a year's internship at Mount Vernon Hospital in Virginia, Spruill turned to writing, full time. Fifteen of his novels, two novellas, and one non-fiction book have been published by Doubleday, Playboy Press, St. Martin's Press, TOR, Berkley, and Dell. His pseudonyms include Steve Morgan (UK), Steve Lyon, and Steven Harriman (Berkley). His work has sold in over twenty foreign countries. Several of his novels were selections of The Literary Guild and the Doubleday Book Club. Three of his medical thrillers were condensed in Good Housekeeping Magazine and one in Reader's Digest Books. Both Kirkus and Publishers Weekly have awarded starred reviews to his novels. Spruill's novel Rulers of Darkness was nominated for the British Fantasy Award. It was this novel that, in 1995, coined the term "Hemophage" to describe the "reality" behind the vampire myth. In 1995, the Catholic University of America conferred upon Spruill its award for "Outstanding Achievement in the Field of Literature." Other recipients of this award in the arts include Susan Sarandon and Jon Voight.