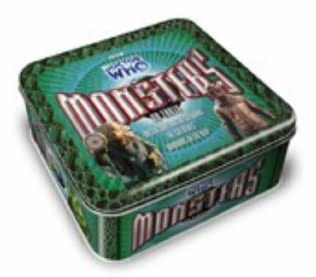 This limited edition collector's tin contains three TV soundtrack adventures illustrating how everyone's favourite Time Lord assisted mankind in the defence of the Earth on three thrilling occasions. In 'Doctor Who and the Silurians', a race of reptilian creatures wakes from hibernation in the caves beneath Derbyshire, and aims to reclaim the planet as their own. 'The Sea Devils' finds the Silurians' sub-mariner cousins responding to a call from the Master, whilst in 'Warriors of the Deep' the Silurians and Sea Devils combine forces to attack a Deep Sea Base in the year 2084. Jon Pertwee and Peter Davison star as the Doctor, with support from Caroline John as Liz, Katy Manning as Jo, Janet Fielding as Tegan and Mark Strickson as Turlough in these 17 episodes of adventure.