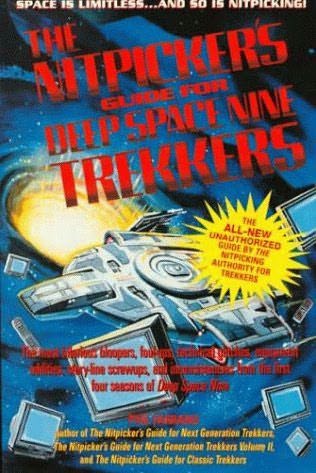 Now that NextGen is history, the time has come to take a leap through hyperspace and land on Deep Space Nine. It's unexplored territory for nitpicking, the ultimate challenge for discriminating fans. This guide brings you the scoop on Deep Space Nine--the good, the bad, and the Ferengi. Author Phil Farrand (with a little help from his Trekker friends) has had his VCR in warp drive and surveyed every DS9 episode of the first four seasons for the glitches, gaffs, and goofs that neither the station's engineers nor the show's writers have solved. Sit yourself down with this guide in one hand, your remote control in the other, and see for yourself what the wormhole has wrought: