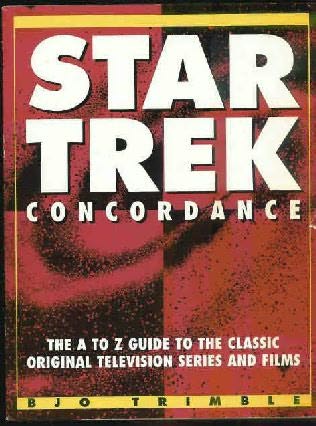 This is a revised and updated A-Z guide to the popular television and radio "Star Trek" series, covering all 79 episodes of the original series, the animated series and all the Trek films. The book is highly illustrated and contains more than 2000 entries, explaining names, weapons, Star Fleet terminology, ships, aliens and planets, with plot synopses, and information about actors, directors, authors and special effects.