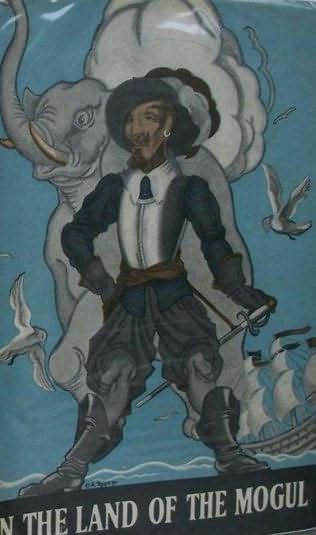 In the Land of the Mogul

In the Land of the Moghul -- Nicky accompanies the first mission of the East India Company to the Moghul Court in 1607; the enemies are the Portuguese, who don't want trade rivals.--------------------------(Robert) Geoffrey Trease was a prolific writer, publishing 113 books between 1934 and 1997 . His work has been translated into 20 languages. His grandfather was a historian, and was one of the main influences towards Trease's work. He is best known for writing children's historical novels, whose content reflects his insistence on historically correct backgrounds, which he meticulously researched. However, with his ground-breaking study Tales Out of School (1949), he was also a pioneer of the idea that children's literature should be a serious subject for study and debate. When he began his career, his radical viewpoint was a refreshing change from the conventional and often jingoistic tone of most children's literature of the time, and he was one of the first authors who deliberately set out to appeal to both boys and girls and to feature strong leading characters of both sexes.

Used availability for Geoffrey Trease's In the Land of the Mogul