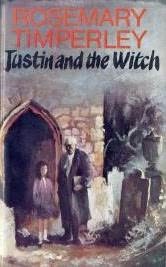 Justin and the Witch

Justin Pax, an old man without family or worldly goods, comes to live in the crypt of a village church which has fallen out of use. The children of the neighbourhood take a fancy to him and play in the churchyard on summer afternoons. It's a happy time for them all, full of sunshine. But soon dark shadows fall. Miss Vance, who works in the Post Office and is nicknamed "Wendy the Witch" by the children, starts a vendetta against Justin. She spreads evil rumours about him, writes poison pen letters, even practises a little amateur witchcraft. Her malevolence spreads, affecting many people, especially the local doctor, his young daughter, Jane, and her little friend Michael. The old man makes things worse for himself by secretly sheltering a criminal on the run. It seems almost certain that Miss Vince will win the battle of wills. But will she? Now read on...

Used availability for Rosemary Timperley's Justin and the Witch