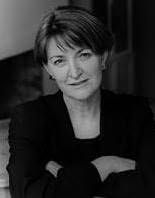 Elizabeth Woodcraft attended Birmingham University and graduated with a degree in Philosophy. She has been a Barrister since 1980.

After university she taught English in Leicestershire and then lived in France for a year, in the Loire Valley. On her return she worked for the National Women's Aid Federation and subsequently read for the Bar. During her time at the Bar she has represented Greenham Common Peace Protesters, Anti Apartheid demonstrators, striking miners and Clause 28 activists, as well as battered women, children who have suffered sex abuse in and out of their homes and gay parents seeking parental rights.

She began writing her first book, Good Bad Woman, in the 1990s. Her main character, barrister Frankie Richmond, is derived from Elizabeth Woodcraft's imagination, as are Frankie's clerks and members of her chambers, 17 Kings Bench Walk. However, one or two of the incidents described, or something like them, have happened to her.

Collections
A Sense of Occasion (2014)