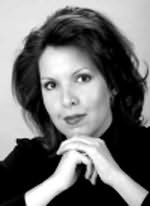 Rhonda Woodward fell in love with the power of romantic fiction at an early age. She realized her dream of being published with the release of her first book, A Spinster's Luck in December 2002.

Since then, four more books have been published, including Moonlight and Mischief, winner of the 2005 Bookseller's Best Award and RITA Award nominee for best Regency romance. This triumph was followed by Lady Emma's Dilemma, published in December 2005.

Her audience for sparkling, tender and heartfelt historical romance is growing worldwide, as several of her books are now published in Europe.