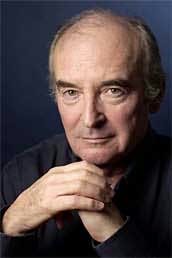 (David Edwin Ambrose)
(b.1943)
David Ambrose read law at Oxford University and has worked internationally in films, theatre, and television. His credits include at least 20 Hollywood films, 3 stage plays, and countless hours of television - including the controversial Alternative 3. He has worked with a range of people from Orson Welles and Gene Roddenberry to Sharon Stone and Pierce Brosnan. His novels have been published in 20 countries.