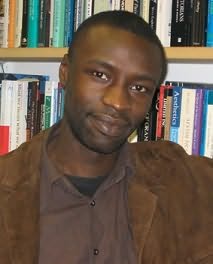 (b.1968)
Diran Adebayo is an acclaimed British novelist, cultural critic and broadcaster best known for his vivid portrayals of modern London life and his distinctive use of language. His debut novel, Some Kind of Black, was one of the first to articulate a British- born African perspective, and it won him numerous awards, including the Writers Guild of Great Britain's New Writer of the Year Award, the Author's Club First Novel Award, the 1996 Saga Prize, and a Betty Trask Award. It was also longlisted for the Booker Prize, serialised on British Radio and is now a Virago Modern Classic. His follow-up, the neo-noir fable My Once Upon A Time, which he's described as a 'latter day Pilgrim's Progress', fused film noir and fairytale with Yoruba myth to striking effect, and solidified his reputation as a groundbreaker. His third novel, The Ballad of Dizzy and Miss P is scheduled for publication in 2010. In 2004 he co-edited 'New Writing 12', the British Council's annual anthology of British and Commonwealth literature, with Blake Morrison and Jane Rogers.
Novels
Some Kind of Black (1996)
My Once Upon a Time (2000)