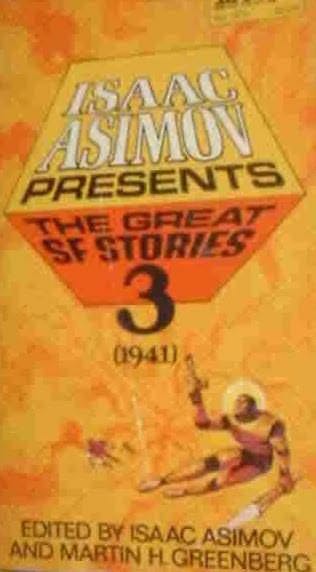 Mechanical Mice by Maurice A. Hugi; Shottle Bop; and Microcosmic God by Theodore Sturgeon; The Rocket of 1955; and The Words of Guru by C. M. Kornbluth; Evolution's End by Robert Arthur; Jay Score by Eric Frank Russell; Time Wants A Skeleton by Ross Rocklynne; The Seesaw by A. E. van Vogt; Armageddon by Fredric Brown; Adam and No Eve by Alfred Bester; Solar Plexus by James Blish; A Gnome There Was by Henry Kuttner and C. L. Moore; Snulbug by Anthony Boucher; Hereafter, Inc by Lester Del Rey; and Liar; and Nightfall by Isaac Asimov.

Inside the Funhouse
Mike Resnick