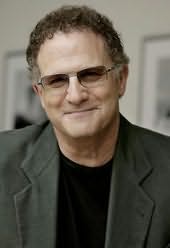 ALBERT BROOKS is among the most inventive practitioners of motion picture comedy, as well as one of its most incisive commentators on contemporary life. Brooks began his career as a stand-up comic, and went on to become an award-winning actor, writer and filmmaker.Brooks has written, directed and starred in seven feature films: Real Life, Modern Romance, Lost In America, Defending Your Life, Mother, The Muse and Looking for Comedy in the Muslim World.Born and raised in Los Angeles, Brooks studied drama at Carnegie Mellon University before starting his performing career in 1968 doing stand-up comedy on network television. He began on The Steve Allen Show, later became a regular on The Dean Martin Show, and performed on such variety programs as The Ed Sullivan Show, The Merv Griffin Show, The Hollywood Palace and had over forty appearances on The Tonight Show starring Johnny Carson.He is married to artist Kimberly Brooks and has two children.
Genres: Science Fiction
Novels
2030 (2011)