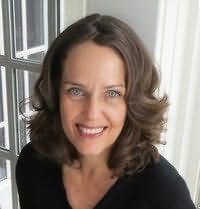 Canada
Cathy Marie Buchanan's stories have appeared in several of Canada's most respected literary journals: The Antigonish Review, The Dalhousie Review, The New Quarterly and Quarry. An excerpt of her novel appeared in Descant. she has been awarded an Ontario Arts Council Writers' Reserve grant and a Toronto Arts Council grant. Buchanan holds a Bsc (Honours Biochemistry) and an MBA from the University of Western Ontario. Born and raised in Niagara Falls, Ontario, she grew up amid the awe-inspiring scenery of the Niagara River and awash in the lore the locals gather. She now resides in Toronto, Ontario.

Three Souls (2013)
Janie Chang
"In this highly original, capriciously imagined tale, Song Leiyin journeys to the afterlife in the company of three guiding souls. As her life in tumultuous 1920s China is recounted, readers are treated to a deft examination of the woe and splendour of family and the human heart."

The Lost Vintage (2018)
Ann Mah
"In elegant prose, Ann Mah spreads before her readers a sumptuous feast--a gripping mystery, a heartfelt love story, and a fascinating historical account. Awash in beautifully rendered detail, The Lost Vintage effortlessly glides between the vineyards of modern day Burgundy and the terrors of Nazi-occupied France. Graceful and compelling."

The Last Exiles (2021)
Ann Shin
"The Last Exiles offers a fascinating glimpse into North Korea, [and] the desperate measures undertaken to escape its guarded walls. A rich testament to human resilience and, ultimately, to love."