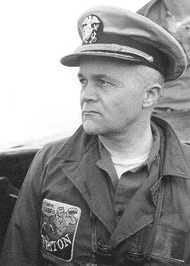 During World War II, he participated in the Battle of Midway and 12 combat patrols, earning 10 decorations for gallantry, including the Navy Cross. After the war, he served as the naval aide to the President of the United States and commanded the first submerged circumnavigation.

After World War II, Beach wrote extensively in his spare time following in the footsteps of his father, who was also a career naval officer and author. His first book Submarine! (1952) was a compilation of accounts of several wartime patrols made by his own as well as other submarines.

In all, Beach published thirteen books, but is best known for his first novel, Run Silent, Run Deep (1955), which appeared on The New York Times Book Review bestseller list for several months. A movie of the same name, based loosely on the novel and starring Clark Gable and Burt Lancaster, was released by United Artists in 1958. Beach penned two sequels to Run Silent, Run Deep: Dust on the Sea (1972), relating in detail a war patrol by Eel leading a wolfpack, and Cold is the Sea (1978), set in 1961 aboard a nuclear submarine.
Novels
Submarine (1953)
Run Silent Run Deep (1955)
Around the World Submerged (1964)
The Wreck of the Memphis (1967)
Dust on the Sea (1972)
Cold Is the Sea (1978)
Keepers of the Sea (1983)
Scapegoats (1995)