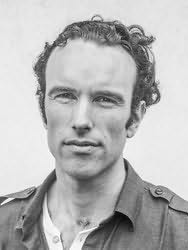 Elliot Ackerman served five tours of duty in Iraq and Afghanistan and is the recipient of the Silver Star, the Bronze Star for Valor, and the Purple Heart. A former White House Fellow, his essays and fiction have appeared in The New Yorker, The Atlantic, The New Republic, and Ecotone, among others. He currently lives in Istanbul with his wife and two children, and writes on the Syrian Civil War.

Born On a Tuesday (2016)
Elnathan John
"Working in the tradition of Achebe, Elnathan John has penned a coming of age novel worthy of Twain. At times tragic, at times humorous, Born on a Tuesday is the story of those who find the courage to transcend violence even when born to its confines."

Silent Hearts (2018)
Gwen Florio
"With deep reservoirs of empathy and intelligence, Gwen Florio's Silent Hearts asserts that humanity is something we share across cultures and that all hearts break the same. Her talent is on full display in these pages and she is masterful."

The Far Field (2019)
Madhuri Vijay
"Utterly immersive and vividly realized, The Far Field is that rare gem of a novel which effortlessly transports the reader into distant, unfamiliar terrain through the force of a story deeply anchored in the humanity of its characters. Madhuri Vijay's debut marks the arrival of an astonishing new talent."

The Book of Anna (2020)
Carmen Boullosa
"A beguiling return to the world created by Tolstoy. This beautiful translation takes Anna Karenina’s story a step further, showing how a single tragedy ripples across generations."

Missionaries (2020)
Phil Klay
"What happens when a novel becomes more than a novel? It becomes a prophecy. Phil Klay has written a prophecy."

Hades, Argentina (2021)
Daniel Loedel
"Deception, violence, a society on the brink, Hades, Argentina haunted me long after I turned the final page. Loedel is a writer of enormous talent."

Roundabout of Death (2021)
Faysal Khartash
"Some books stand as monuments to wars from which they arise. This is one of those books."