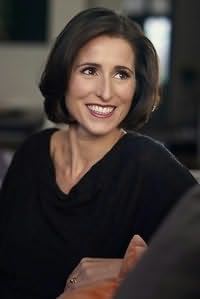 Meet brilliant debut YA author, Irena Brignull and learn all about the creative process of writing teen fiction.

Irena Brignull is a successful screenwriter. Since working on the screenplay of The Boxtrolls, Irena has been writing an adaptation of The Little Prince directed by Mark Osborne and starring Jeff Bridges, Rachel McAdams and Marion Cotillard. Previously, Irena was a Script Executive at the BBC and then Head of Development at Dogstar Films where she was the script editor on Shakespeare in Love, Captain Corelli's Mandolin and Bravo Two Zero to name a few.

Irena has now broken into the world of fiction with the enchanting, The Hawkweed Prophecy which explores witches, magic, friendship and the fight for whats right.

Be at the forefront of new fiction and talk all things witches with this talented writer.