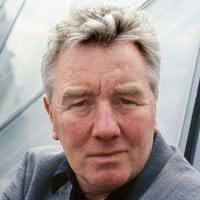 Scotland (b.1944)
Jimmy Boyle born in Glasgow, Scotland, Jimmy Boyle became a member of a powerful gang. In 1967, despite maintaining his innocence, he was convicted of the murder of Babs Rooney and received a life sentence. He later participated in the Barlinnie Prison Special Unit's new rehabilitation program, eventually earning himself parole. Boyle has since become a successful international sculptor and has written several books.
Novels
Hero of the Underworld (1999)