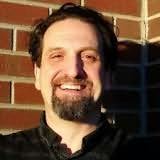 When M.H. Boroson was nine years old, a Chinese American friend invited him to dinner with his family. Over a big, raucous meal, his friend's uncle told a story about a beautiful fox woman. She had a magic pearl and she stole men's energy.

Boroson wanted to learn more about this fox woman, so he went to the library. They had Greek, Norse, and Arthurian mythology. They had vampires, witches, werewolves, and fairies, but they didn't have anything like the story his friend's uncle told -- not even an encyclopedia entry.

This baffled him. A number of his friends were Asian American; why weren't their families' stories in the books? He asked his friend's uncle to tell him more stories. He started asking other kids if he could interview their families. If they said yes, he'd go to their houses, bringing a notebook.

In college, he studied Mandarin and Religion (with a focus on Chinese Buddhism). He lived near a video store that had a large selection of Hong Kong cinema; he rented Shaw Brothers movies, as well as Jackie Chan, Jet Li, and John Woo films. He loved BUFFY THE VAMPIRE SLAYER too; it was fun genre fluff on the surface, but it also had deeper meanings.

One day he realized he could combine everything he loved: Chinese ghost lore, Buffy, kung fu movies, fantasy novels, history. He could write stories about Chinese magic and monsters, using these incredible cultural details as metaphors to dramatize the experiences of immigrants in America.

Stories told from inside the culture, centered on people whose lives had been treated as marginal. Stories inverting the margins, subverting stereotypes. Chinese American characters portrayed as three-dimensional, diverse human beings -- facing challenges, earning a living, supporting families, struggling to hold on to traditional values in a new country. Exciting, action-packed stories that base their fantasy imagery in Chinese folklore, but tackle issues of vital importance in today's world, like race, class, gender, culture, and power.

He started taking notes. He bought hand-written Daoist manuscripts. He interviewed Chinese and Chinese American people again. He took detailed notes from Chinese stories, like Pu Songling's Tales from the Liaozhai, and ancient texts like the Shan Hai Jing (Classic of Mountains and Seas) and Journey to the West. He watched movies like MR. VAMPIRE and A CHINESE GHOST STORY. He took sixty thousand pages of notes.

From Iris Chang, he learned to write about history from a place of compassion. Walter Mosley's Easy Rawlins stories taught him how an investigation can paint a vivid picture of an ethnic enclave at a specific historical moment. Jim Butcher's Dresden Files showed him how to create big fun supernatural adventures. Tony Hillerman's Navajo mysteries gave him a way to write about a culture that isn't his own, trying to honor the people he's writing about.

THE GIRL WITH GHOST EYES is his first novel. It received a Starred Review from Publishers Weekly, won first prize in the Colorado Gold and Crested Butte Writers writing contests, was nominated as one of the ten best books of the month at LibraryReads, and was listed as one of Bustle.com's best diverse fantasy novels.