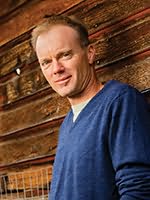 Malcolm Brooks grew up in the California Sierras around Gold Rush and Native American sites, which kindled a lifelong interest in both the myths and the realities of the American West. A carpenter by trade, he has lived and worked in Montana for most of two decades. His fiction and essays have appeared in a variety of publications, including Montana Quarterly, Sports Afield, Outside, and Fly Lines: Best of Big Sky Journal Fishing.
Novels
Painted Horses (2014)
Cloudmaker (2021)