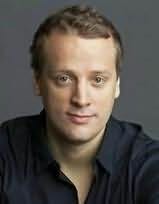 (b.1980)
Charles Finch is a graduate of Yale and Oxford. His debut in the Charles Lenox series, A Beautiful Blue Death, was nominated for an Agatha Award and named one of Library Journal's Best Books of 2007. He lives in New York.

Devoured (2010)
(Hatton and Roumande Mystery, book 1)
D E Meredith
"An absorbing mystery, with an atmosphere that captures wonderfully the contrasts of science and superstition, of domesticity and imperial exoticism, that made the Victorian era so richly interesting."

The Buried Giant (2012)
Kazuo Ishiguro
"Ishiguro is a brilliant novelist, a born novelist. . . . Inside his work, you feel it, that thrilling thing: a writer doing something actually different, something actually new. . . . [The Buried Giant] creates an entire field of unspoken meaning, illuminating the kind of elusive truths about love, time, death and memory that other novelists have to strain even to brush. . . . That’s the magic of true art. . . . When one day we send some unmanned capsule into the nameless depths of space to give and account of ourselves, it’s [Ishiguro’s] books I would include on our behalf."

Barkskins (2016)
Annie Proulx
"Barkskins is masterful, full of an urgent, tense lyricism, its plotting beautifully unexpected, its biographical narratives flowing into one another like the seasons. Ambitious. . . A marvel. . .[Barkskins] is a long novel worth your time."

The Ripper's Shadow (2017)
(Victorian Mystery , book 1)
Laura Joh Rowland
"Please let this be the start of a series. I went into The Ripper's Shadow wondering if I could care about another Jack the Ripper novel, and emerged at the end of it thrilled, off-balance, and astonished at how Laura Joh Rowland was able to bring Victorian England into such vivid life, and a story we all know into new relief. This is a fantastic read."

The Halo Effect (2017)
Anne D Leclaire
"A mystery at once literate, intimate, and almost intolerably suspenseful - reminiscent of Louise Penny at her best."