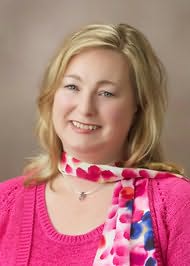 Born and raised in Faith, North Carolina, Susan M. Boyer was blessed with a quintessential small-town childhood. She's had a life-long love affair with books, and is grateful to have been gifted with an over-active imagination. Susan was one of those children whose teachers were always telling her mamma that her talents needed to be “channeled.” She's been making things up and writing them down her whole life.

Susan took a sampler's approach to education. She attended N.C. State University, Catawba College, and College of Charleston. She has a long list of majors, one of which was English. Unfortunately, none of the above institutions could be convinced that her hodgepodge of credits–though impressive in number–merited awarding Susan a degree.

Because computer programming offered a steady paycheck, Susan practiced that art for a while, then segued into systems analysis, and later project management.

But her day job interfered with her writing habit, so in 2004, Susan had to give up rush hour, project plans, and staff meetings. She declared herself unemployable by any other means and has spent her days writing and daydreaming too much in her pajamas ever since.