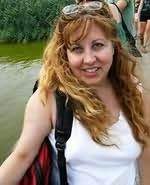 With well over 1 million books in print, Cleo Coyle has gained an enthusiastic following. The first in their bestselling Coffeehouse Mystery series is now in its 20th printing; two entries have earned starred reviews, including Billionaire Blend, which was honored with a Kirkus Star and called "a highly satisfying mystery" by Publishers Weekly. Every book in the series has hit national bestseller lists, including Holiday Buzz, which was a Top-10 New York Times bestseller.

Mind Your Own Beeswax (2011)
(Queen Bee mystery, book 2)
Hannah Reed
"Once readers get a taste of the Queen Bee Mysteries they will be swarming for more."