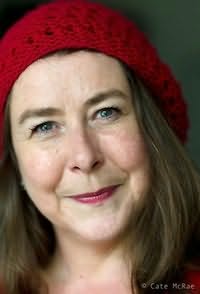 Virginia Bergin learned to roller-skate with the children of eminent physicists.

She grew up in Abingdon, Oxfordshire, in a house tied to her father's job. Her parents, the children of Irish and Polish immigrants and one Englishwoman had moved from Liverpool to the south of England in search of work.

Virginia studied psychology but ruined her own career when, dabbling in fine art at Central St Martin's, she re-discovered creative writing. Since then she has written poetry, short stories, film and TV scripts and a play that almost got produced - but didn't.

In between and alongside more jobs than you've had hot dinners, she has worked as a writer on TV, eLearning and corporate projects and has 22 broadcast and non-broadcast TV credits, from children's favourite Big Cat Diary Family Histories (BBC) to the award-winning series Africa (Tigress Productions for National Geographic). Most recently, she has been working in online education, creating interactive courses for The Open University.

She currently lives on a council estate in Bristol and has taken to feeding the birds.